MESSAGE FROM
THE EXECUTIVE COMMITTEE FOR IYPT2019 IN JAPAN 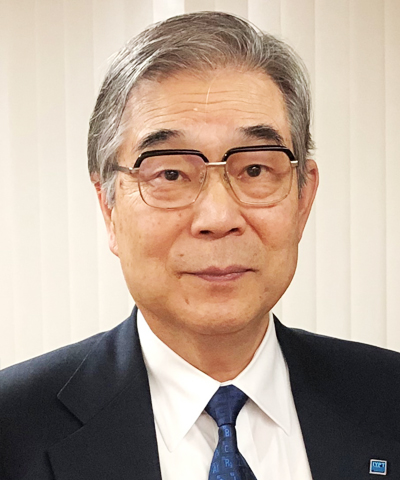 On behalf of the Executive Committee for IYPT2019 Japan, and in cooperation with the IYPT2019 Management Committee, I am very happy to welcome you to the closing ceremony of the International Year of the Periodic Table 2019 (IYPT2019) in Japan.
IYPT2019 marks 150 years since Dmitri Mendeleev’s discovery of the periodic system and his arrangement of the 60 then-known elements into the periodic table. It is a celebration of Mendeleev’s discovery, and also a celebration of the beauty of the periodic table that we know today, now complete up to the seventh period with 118 elements after the last four elements were named in 2016.
The closing ceremony of IYPT2019 gives us the chance to look back on the many activities that have been held around the world to celebrate the periodic table during IYPT2019. These activities have celebrated the work of the scientists and engineers who contributed to the discovery and development of the periodic table, and the work of those who use the elements to contribute to our world. They also look to the future, to the next generation of scientists, who will use the hints given by the periodic table and the characteristics of the elements to create “future materials” that will further enrich our lives.
For example, in Japan, we have invited researchers from academia and industry to publish messages about the elements that are most important to them, organized an essay contest for the next generation of scientists in schools and universities to tell us what the elements mean to them, and taken our “Special Exhibition Tour of the Periodic Table” around the country to pass down our enthusiasm for the periodic table and science from one generation to the next and beyond.
With the closing ceremony of IYPT2019, we also look to the future of the current generation of scientists, and expect the exhibition, which will include interactive activities and displays from industry and academia, to become a place for exchange between scientists and engineers of all nationalities and from all backgrounds and fields.
I believe that the momentum created from this international year of activities to promote the periodic table around the world will continue into the future and further reaffirm the importance of the elements in our lives. My hope is that through familiarity with the periodic table and realization of the benefits of science and technology in everyday life, science will become a culture that is transmitted from parents to children and from children to grandchildren for many generations to come.

Our various activities for IYPT2019 were supported by the Ministry of Education, Culture, Sports, Science and Technology (MEXT), and have been sponsored by many companies, academic institutions, and academic associations. I would like to take this opportunity to thank all of them for making IYPT2019 a success. 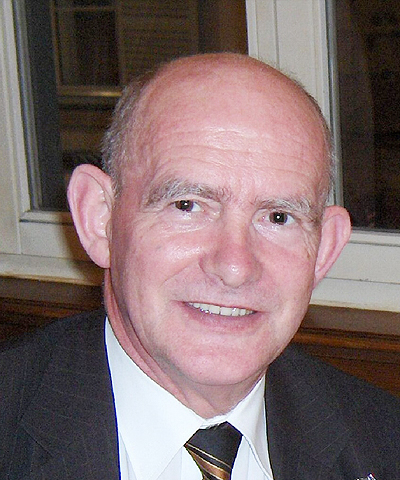 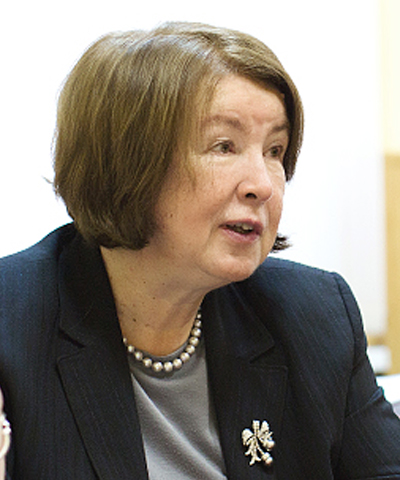 On behalf of the Inter-Union Management Committee, it is a real pleasure to welcome you at the Closing Ceremony website for the International Year of the Periodic Table of Chemical Elements (IYPT). The ceremony will be in Tokyo, on December 5, 2019.
A Steering Committee of 16 people, consisting of leaders of the unions and other experts was formed in spring of 2017, and a Prospectus for IYPT2019 was produced for submission and application to UNESCO and United Nations. The final application for the IYPT was endorsed by a number of international Scientific Unions. In addition to IUPAC, IYPT is supported by the International Science Council (ISC), the International Union of Pure and Applied Physics (IUPAP), the European Chemical Society (EuChemS), the International Astronomical Union (IAU), and the International Union of History and Philosophy of Science and Technology (IUHPAST).
On December 20th, 2017, the United Nations General Assembly during its 74th Plenary Meeting, at the 72nd Session proclaimed 2019 as the International Year of the Periodic Table of Chemical Elements (IYPT 2019). In proclaiming an International Year focusing on the Periodic Table of Chemical Elements and its applications, the United Nations has recognized the importance of raising global awareness of how chemistry promotes sustainable development and provides solutions to global challenges in energy, education, agriculture and health. Indeed, the resolution was adopted as part of a more general Agenda item on Science and Technology for Development.
The Periodic Table of Chemical Elements is one of the most significant achievements in science, capturing the essence, not only of chemistry, but also of other science areas, like physics, astronomy and biology. It is a unique tool, enabling scientists to predict the appearance and properties of matter on Earth and in the rest of the Universe.
During the year 2019 we have celebrated worldwide the Periodic Table in the format as proposed by Mendeleev in 1869 and its developments till today. The year 2019 has been full of activities worldwide. Too many to mention, but the website www.iypt2019.org lists all the reported ones. On January 29, the Flagship Opening ceremony was celebrated with over 700 delegates from over 50 countries in Paris at the UNESCO premises. Now we are looking forward to the Grand Closing Ceremony, in Tokyo, Japan on December 5. The day program as prepared by our Japanese colleagues looks exciting and promising for a high-level closure of our IYPT.

March 1, 1869 is considered as the date of the discovery of the Periodic Law. That day Dmitry Mendeleev completed his work on «The experience of a system of elements based on their atomic weight and chemical similarity». This event was preceded by a huge body of work by the most outstanding chemists in the world. By the middle of the 19th century, 63 chemical elements were already discovered, and attempts to find regularities in this set had been made repeatedly. In 1829, Döbereiner published the «Law of Triads»: the atomic mass of many elements is close to the arithmetic mean of two other elements close to the original one in chemical properties (strontium, calcium and barium; chlorine, bromine and iodine, etc.). The first attempt to arrange the elements in order of increasing atomic weights was undertaken by Alexandre-Émile Béguyer de Chancourtois (1862), who placed the elements along the helix and noted the frequent cyclic recurrence of their chemical properties along the vertical axis. Neither of these models attracted the attention of the scientific community.
In 1866, chemist and musician John Alexander Reina Newlands suggested his version of the periodic system «Law of Octaves», which looked a bit like Mendeleev’s one. . However, it was compromised by the author’s persistent attempts to find mystical musical harmony in the table. In the same decade, several more attempts were made to systematize chemical elements. Julius Lothar Meyer was very close to the final version (1864). He published a table containing 28 of the 56 known elements using valency as the basis for periodicity. Dmitry Mendeleev published his first diagram of the periodic table in 1869 in the article «The Correlation of Properties with the Atomic Weight of Elements» (in the Journal of the Russian Chemical Society). A bit earlier he sent a scientific announcement of the discovery to leading chemists of the world. This table included all the then 61 known elements and allowed chemical properties/valency to dominate over atomic weight. He challenged some of the known atomic weights and predicted that there were certain elements still to be discovered.
The greatness of Mendeleev was that not only did he leave spaces for elements that were not yet discovered, but he also predicted properties of five of these missing-elements and their compounds. Three of these missing elements were discovered by others within 15 years (i.e. within his lifetime).
Mendeleev's Periodic Table has since been expanded and refined with the discovery or synthesis of further new elements and the development of new theoretical models to explain chemical behavior and the structure of matter. The first 94 elements exist naturally. Elements with atomic numbers from 95 to 118 have only been synthesized. On 30 December 2015, IUPAC announced the verification of the discoveries of four new chemical elements: 113, 115, 117, 118; thus, manifesting that the 7th period of the Periodic Table of Elements became complete. The contemporary Periodic Table of Chemical Elements contains 118 elements. The name nihonium with the symbol Nh for element 113 was proposed by the discoverers at RIKEN Nishina Center for Accelerator-Based Science; the name came from Nihon which is one of the two ways to say “Japan” in Japanese, and literally means “the Land of Rising Sun”. Nihonium is the first element discovered in Asia. The exploration of new elements continues, and scientists are searching for elements beyond the seventh row of the Periodic Table.

This International Year IYPT2019 has brought together a large variety of different stakeholders, including UNESCO, scientific societies in chemistry and physics as well as scientific unions, learned societies, educational and research institutions, technology platforms, non-profit organizations and private sector partners to promote and celebrate the significance (in science and education) of the Periodic Table of Elements, including its applications to society. During the year 2019 the International Year of the Periodic Table of Chemical Elements has given a significantly greater resonance to events that otherwise would have resulted in a much smaller recognition.
We mention as an example the celebration of the International Day of Women and Girls in Science on 11 February 2019 (“Setting their Table: Women and the Periodic Table of Elements”, International Symposium at the University of Murcia (Spain) 11-12 February 2019) by highlighting women role models, who substantially contributed significantly to the discovery of elements of the Periodic Table. The examples of Marie Skłodowska Curie, who was awarded Nobel Prizes in 1903 and 1911 for the discovery of radium (Ra) and polonium (Po), Berta Karlik for the discovery of astatine (At), Lise Meitner, who identified an isotope of protactinium (Pa), Ida Noddack for the discovery of rhenium (Re), and Marguerite Perey, who discovered francium (Fr), have been celebrated in line with the gender equality priority of UNESCO and also in view of the advancement of the 2030 Agenda for Sustainable Development.

The International Year of the Periodic Table of Chemical Elements has no doubt enhanced international cooperation by coordinating activities between learned societies, educational establishments and industry, focusing specifically on new partnerships and initiatives in the developing world, and established durable partnerships to ensure that these activities, goals and achievements continue in the future beyond the year 2019.
We are grateful to our Japanese colleagues for their acceptance to host and take the responsibility for the Grand Closing Ceremony! We wish them all kinds of success for the remaining preparations and look forward to an unforgettable event.